Cardiovascular fitness, and its close cousin, pulmonary function, play a key role in providing the stamina needed for repetitive, physically demanding jobs. In fact, they’re a critical part of what we call Total Worker Health (TWH). That’s why the implementation of a new OSHA regulation limiting the amount of silica breathed in by construction workers is so important. Long-term exposure to jobsite silica – the primary mineral found in sand and a key ingredient in concrete – can lead to respiratory failure and death, a condition known as accelerated silicosis. Symptoms often do not appear until the last stage of the disease, long after effective treatment is an option.

Thirty Days to Cleaner Air
While new regulations are rarely greeted with applause in any industry, construction executives can breathe easier – at least for a little while. The previously announced – and subsequently delayed – introduction of this new breathable silica standard went into effect on September 23rd. The good news for employers is that those seen to be making ‘good faith efforts’ to comply with the new regulation will not face enforcement action during the first thirty days of enforcement.

In a memo dated September 20th, 2017, the Acting Deputy Assistant Secretary of Labor, Thomas Galassi, announced the postponement of citations related to the Respirable Silica in Construction Standard (29 CFR § 1926.1153):

“During the first 30 days of enforcement, OSHA will carefully evaluate good faith efforts taken by employers in their attempts to meet the new construction silica standard. OSHA will render compliance assistance and outreach to assure that covered employers are fully and properly complying with its requirements…OSHA will assist employers who are making good faith efforts to meet the new requirements to assure understanding and compliance.

If, upon inspection, it appears an employer is not making any efforts to comply, OSHA's inspection will not only include collection of exposure air monitoring performed in accordance with Agency procedures, but those employers may also be considered for citation. Any proposed citations related to inspections conducted in this time period will require National Office review.”

The new directive, originally scheduled to have taken effect in June of this year, establishes a new 8-hour time-weighted average (TWA) permissible exposure limit (PEL) of 50 µg/m3, an action level (AL) of 25 µg/m3 and several ancillary requirements. The new standards, aimed at reducing the amount of silica particulates inhaled by construction workers, will have significant impacts on common work practices, including sawing, drilling, jackhammering and grinding, and apply to both handheld as well as heavy equipment. For a more detailed assessment of specific work practices, see the Legal Information Institute of Cornell Law School.

Total Worker Health Begins with Healthy New Hires
If the impact of prolonged silica exposure takes years to become apparent, what’s that got to do with hiring workers today? Job applicants with poor cardiopulmonary fitness suffer the effects of on-the-job fatigue faster than their better-conditioned coworkers. And greater levels of fatigue are directly associated with increased risk of injury. Total Worker Health begins with hiring only those workers who can successfully complete the tasks required of them without undue fatigue due to poor physical condition – whether that’s strength or cardiopulmonary function which affects heart rate and fatigue.  A comprehensive pre-hire Physical Abilities Test (PAT) addresses both strength and cardiopulumonary function as they relate to specific job demands. And with the cleaner air resulting from the new OSHA standard, they’ll be healthier – and safer – employees tomorrow, too.

To learn more about how Physical Abilities Testing can help you achieve Total Worker Health, call Lane Savage at (205) 879-6447, ext. 224, or visit us on the web at www.ergoscience.com. 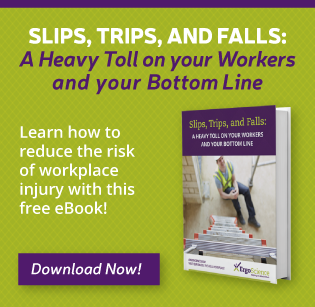